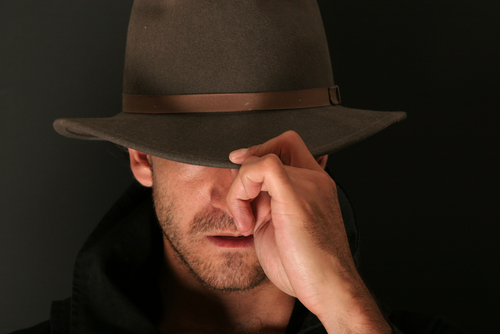 The Hunter woke in the middle of the road with the sun shining in his eyes. The girl was gone, but the car was still there with both front doors wide open.

He got to his feet, brushed off his pants, and replaced his hat. Closing his eyes, he inhaled, letting the various aromas fill his nostrils. One of the pyros had used their ability nearby. He could smell it. But unfortunately he would not be able to see the embers until night.

No matter. He didn’t mind waiting. He could track them easily enough, even with their head start. So he walked to the edge of the nearby trees, leaving the car in the road, and waited patiently. While on a hunt, he required neither food nor water. Survival in extreme conditions was apart of his ability. That’s why they called him, The Hunter. A true predator allowed nothing to deter him from his prey.

Except night. Nothing he could do about that.

Dark. He loved the dark. Thrived in it. He could actually see better at night. As darkness spread across the woods, he scoured the area, until finally locating the boy’s embers. Small, green, glowing flecks—like remnants of a dying campfire—were sprinkled along the ground and trees.

And not far ahead, he found both green and indigo. They had been there alright. They went—

He sniffed. “Did they really think they could trick me so easily?”

Standing still, he closed his eyes, breathed deep, and did an about face.

They’re fools if they think embers are my only means of tracking.