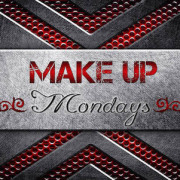 Taking a break from Jayne’s story, I decided to try out one of the many writing prompts I’ve pinned to my Writing Prompt Pintrest board.

“Pardon me,” Lisa said while she, as politely as she could manage, climbed over the handsome gentleman in the aisle seat.

“Not a problem,” he said with a smile that made his eyes sparkle.

Taking her own seat by the window, Lisa scratched her temple to hide the sudden flush of her cheeks.

He reached for her hand, but instead of shaking it, he held it for a brief moment. “It’s a pleasure to meet you, Miss Lisa.”

Whoever said chivalry is dead? She thought. A smile inadvertently parted her lips.

“So, what brings you to town? Business?” Dom gently let her hand drop.

“Excuse me,” an elderly woman said, hovering over Dom’s shoulder and pointing at the vacant middle seat between them. “I think that’s my seat.”

Dom rose to let her in, but not before winking at Lisa.

Was this a dream? Complete strangers just aren’t that charming in real life.

The woman had no carry on and promptly buckled her seatbelt. “I’m not a fan of flying,” she said to Lisa.

“No worries,” Lisa said. “It’s a piece of cake. Just try to think about something else.”

“Thank you, honey. My name is Dolores.”

Dolores looked down at her boarding pass. “You know what, I think I’m in the wrong row. Shame on me for not using my glasses.” As she stood, she whispered to Lisa, “He’s a keeper.”

Lisa’s cheeks flushed again and her eyes immediately darted to Dom, who had already stood to let Dolores out. He hadn’t heard a thing.

Only too late did she notice a folded sheet of paper sitting on the vacant chair.

Dom looked around too, but to no avail. “What’s inside?”

Lisa opened the paper to find today’s date and a list of names scribbled below. Each had a small sketch next to it.

One of the names on the list was Dolores Hastings with the sketch of a pen beside her name. Weird.

Before Lisa could answer Dom’s question, a voice came on the intercom. “Good afternoon, everyone. My name is Tom Connelly, and I’ll be your Captain for the next two and a half hours…”

Lisa’s mouth dropped. The next name on the list was Tom Connelly with a picture of an airplane. Lisa examined the list a little more closely. Further down were her parents’ names. She was flying into town to visit them. They were picking her up from the airport. Could this get any stranger?

One more scan of the list revealed another name she recognized. Just above Dolores’ name was Dominic Morgan and a sketch of a wedding ring.

Dominic… as in Dom?

Lisa chucked the paper to the floor as if it was on fire. Dom gave her a startled look.

What is going on?

This year, as in years past, I’m participating in Writober: every Monday, Wednesday and Friday of October, you write something, whether it’s fiction or nonfiction, long or short, doesn’t matter. It’s just to keep you consistently writing. Periodically throughout the month, I’ll post some of my Writober installments. Below is last Friday’s and yesterday’s posts. The first one is an introduction, of sorts. I meant for it to be a stand-alone piece, but the character was too fascinating for me to leave alone. I had to write more. Her story will probably continue here and there throughout the month, so stay tuned, and I hope you enjoy it!

Thunder rumbles in the distance; growing louder, ever louder. Wind rustles my dress and brings with it the scent of rain and wet grass.

The charge in the air is palpable—I can feel it crackling under my skin, traveling down to my fingertips. Its reach expands with every breath.

Concentrating, I beckon the clouds closer and darker, bending them to my will. As the electricity radiating off my skin sizzles the falling rain, I’m consumed in my newfound power.

“Jayne, Jayne, wake up!”  Someone was shaking me, shouting my name. “Come on, we have to hurry.”

“What’s going on?” I asked, attempting to open my eyes.

My senses slowly came into focus. Corn field. Dark sky. Swirling clouds. The wind itself would have knocked me down if I wasn’t already laying on my back.

One final observation: A crackling heat.

“Fire.” It was a statement, not a question. The crops around me were burning hotter than I’d ever known a fire could burn.

“We have to get out of here. Now.” I finally recognized the one who’d woken me: Donna, who I’ve known pretty much her whole life. She was about fifteen, five years younger than me, and has always looked up to me. I had a feeling that might soon change.

She helped me to my feet and together we navigated through the flames and ran to the neighboring farm, which belonged to Donna’s family. Luckily, they had already harvested their crops. Their closest field was only dirt. We stopped, hunched over and panting. The smoke did nothing for lung capacity.

“Thanks for saving me,” I said between breaths.

Donna just stared at me for a moment. “I saw the whole thing from my kitchen window.”

“What are you talking about?”

“The sky got unnaturally dark, then came the lightning bolts. They were striking the ground all around you, over and over again. It was like they were responding to you, or something. It didn’t take long for the crops to catch fire. Then you passed out and I knew I had to get to you before you burned to death.”

“I remember the storm, but the lightning bolts I don’t remember.”

Which was true… Mostly true. I remembered the storm, I just wasn’t going to tell her that I summoned it. It was still weird to think about. I didn’t even know I could do all that until today. The wacko lightning on the other hand—that I really didn’t remember, which worried me. If these powers could make me pass out and lose time… that wasn’t good.

“There’s something else.” Donna hesitated. “When I got there, in almost a perfect circle around you, the crops weren’t burned at all. I know this sounds crazy, but it’s almost as if the fire purposely didn’t touch you. How could that happen?”

I stared at her for a moment. What could I do? I didn’t even understand what was happening to me. How could I possibly explain it to someone else.

Thankfully, I didn’t have to. To my relief, my dad, along with half of our little town were rushing toward us, interrupting the growing silence.

They all seemed to shout their concerns and questions at once, until finally, my dad interrupted them to ask what had happened.

Oh boy. How was I going to explain this one.