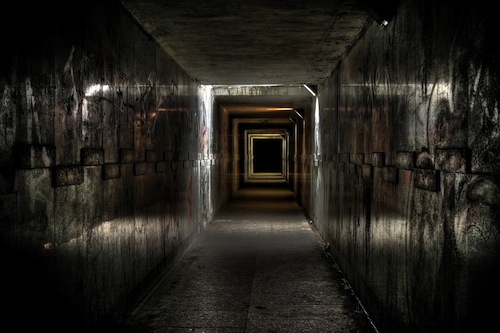 “They’re using fire from pyros to generate power; they’re being drained.” Violet said, tears streaming down her cheeks as she stared unblinking at the unconscious girl. “We have to get them out of here.”

“Blast the doors with your fire!” Ryan yelled as he started running to the other end of the hall.

She tried, but the doors held.

Glass breaking at the other end of the hall let Violet know that the windows would work. So she held out her arms, closed her eyes, and sent all the fire she could muster through her hands.

The explosion of glass made her jump, but she quickly recovered, climbed through the broken window, and lifted the girl to her feet. Her eyes cracked open. She was alive! Violet helped her through the window and hurried to the other cells. One by one, blast by blast, they freed the tormented pyros from their prisons. Those responsive enough to know what was going on joined in and started freeing others.

Violet couldn’t believe that no one had heard all the commotion they were making. But they were quite a ways underground, and there were probably no security cameras. Don’t want anyone to know what goes on in the lower levels…

Soon, fire blasts of every shade and color lit up he dismal corridor as more and more pyros came to. Within an hour, the entire network of tunnels had been freed.

“Now how to we get everyone out of here?” Violet said as she met up with Ryan. “There’s no way we can sneak this many people out the way we came in.”

“You’re the map. Is there some sort of back exit we can take?”

“This whole compound is connected through these underground tunnels. We can take those, but we still need to find a way to make sure these people can never do this again.”