I have been a big fan of Megan Miranda’s work for quite a while, and I was extremely excited to be able to read and review an advanced copy of her newest book, Such A Quiet Place, coming this July.

Such A Quiet Place is about a small and safe community where everyone knows everyone and they all look out for each other… or so it would seem. Until the mysterious murder of two of the residents unhinges their sense of security and what they thought they knew about each other.

Megan Miranda is a master of suspense and probably the best at writing flashbacks. She effortlessly sweeps you away into the life and past of her characters and reveals little by little the answers to the mystery; answers that lie in their memories. Just like all her books, Such A Quiet Place does not disappoint.

This book reveals the characters’ flashbacks in a slightly different way than her previous books. The flashbacks in this story are only revealed through the characters reminiscing, and not through real-time scenes of past events, like she has done before. However, this new approach offers a fresh take to something she does so well.

The characters in Such A Quiet Place were well written and full of layers, pulling you deeper and deeper into their lives. And the murder mystery kept building throughout the narrative, letting you believe you knew what was going on, until she flips it on you with shocking twists that will keep you on the edge of your seat, turning page after page.

Another home run for Megan Miranda. A joy to read, and I can’t wait for what she brings us next!

I realized it’s been a while since I’ve posted a book review, and I’ve been reading and listening to audio books like a mad lady. So here is my review of one of my most recent favorites, The Grounded Trilogy by G.P. Ching, which consists of Grounded, Charged and Wired.

Here is the official synopsis of the first book:

In Hemlock Hollow, life isn’t easy, but it is simple. Things in my community haven’t changed much in over three hundred years, since the time my Amish ancestors came to what is now the Green Republic. I milk my cow by hand, make fresh bread every morning, and hope to be courted by Jeremiah, a boy I’ve known since childhood.

When my father falls ill, the English doctor says a hospital outside the wall can heal him. Jeremiah convinces me to go on rumspringa, to experience the outside world as an Englisher in order to be closer to my father during his recovery. Others have gone before me. They claim it’s an adventure. But adventure turns to horror as an ordinary light switch thrusts me into a new world, and revelations about my personal history make me question everything I believe.

All my life I’ve worked to be simple. I can’t pretend anymore. Nothing about me is simple. 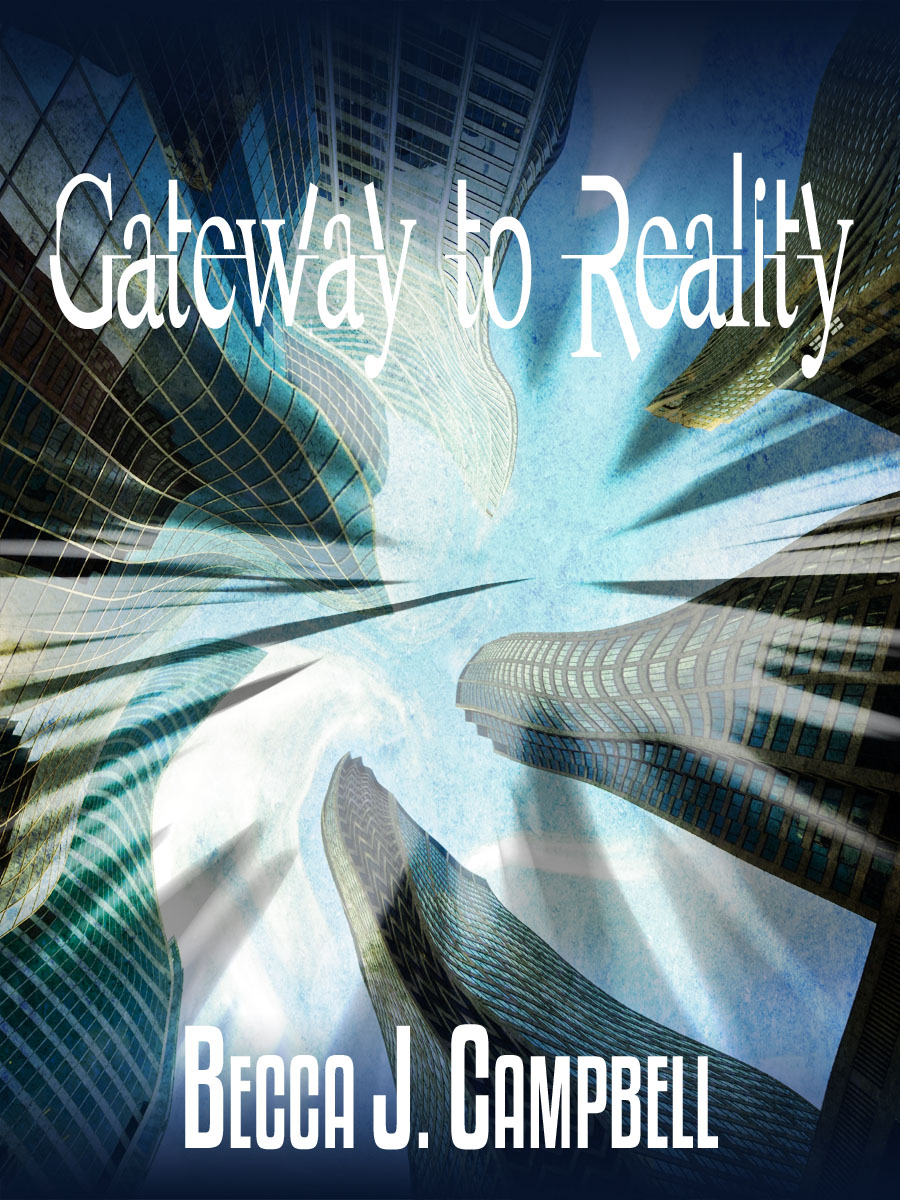 Last week I helped announce the release of Becca J Campbell’s newest novel, Gateway to Reality. If you missed her guest post, check it out here.

In that post, I promised you all my official review as well as information on how to get more entries into Becca’s fabulous giveaway. So here it is…

Gateway to Reality by Becca J Campbell is a science fiction novel that turns our perception of what is real and what is fantasy on its head. In the book, Wes discovers that our world is not real. In fact, it is a creation of our minds as an escape from the real Existence, where nothing makes sense and logic doesn’t exist. But the worlds are more connected than we think…

I loved Gateway to Reality. If you’ve read the Circle books by Ted Dekker, they are similar in that when a character is asleep in our world, he awakes in the other. But beyond that, this is a new and original story that will take you to another world, root you there with lovable characters, and drive you forward with an intriguing and mysterious storyline. Fans of Becca J Campbell’s other works such as Foreign Identity and the Sub-Normal Series will love her latest. Not only does she demonstrate once again that she is a master of science fiction, but she eloquently weaves a love story into the mix and wraps it together with a message of staying true to what is real and not being bound to a fantasy.

I would definitely recommend Gateway to Reality and I give it 5 out of 5 stars.

Now, on to the giveaway!

You can enter the giveaway now, but to really amp up your odds at snatching one of these prize packs, check out each site along the blog tour.

Wes visits many worlds in the Existence. Here’s your challenge in this scavenger hunt:

Collect the names of the fifteen worlds in Gateway to Reality (one will be revealed each day).

Following the schedule above, collect a world name at each stop, and when you have them all, plug that list of 15 worlds into the giveaway below to win a BONUS TEN ENTRIES.

Continue with your hunt tomorrow at S.M. Boyce.

I am super excited to be apart of this event to announce Becca J Campbell’s newest novel, Gateway to Reality. Next week I’ll be posting my review of the book (as well as information on how to win some awesome prizes!) Today we have a guest post by Becca herself. So here it is, and be sure to check back next week…

I’m thrilled to announce the publication of my second novel, Gateway to Reality, now available at Amazon US and Amazon UK. Keep reading for a chance to win one of three prize packs!

Here’s a little more about the story:

Then he wakes from a bizarre dream, haunted by the sense that his life isn’t real. A harrowing truth presents itself—the real world lies in his dreams, not when he’s wide awake.

The dream world he enters each night is rich and vibrant. Chicago appears the same on the surface, but chaos runs rampant as gravity, physics, and other laws of nature become fluid, changing unexpectedly. There, Wes’s parents, brother, and sister are strangers. His girlfriend Emily doesn’t recognize him. Wes longs to return, to unlearn the truth about his dual reality.

Wes would sacrifice almost anything to get back to blissful ignorance in a false world.

But now he has feelings for the real Emily.

This book explores ideas similar to two of my favorite movies, though it wasn’t directly inspired by either. Dreams are key in the story, as is the idea of two worlds—one that’s real and one that isn’t. Gateway to Reality merges the two concepts and fuses them together with good dose of romance in a way that is fresh and vibrant.

Genre-wise, Gateway to Reality is a New Adult novel that walks the line between Urban Fantasy and Science Fiction. It is a topsy-turvy, reality-bending, relationship-driven tale that explores the relationship between truth and fantasy.

I’m giving away several prizes to celebrate the book’s release. The Grand Prize is a Chicago-theme prize pack and it will include:

The Second Prize is:

The Third Prize is the full Becca J. Campbell ebook library (your choice of Kindle or ePub version):

You can enter the giveaway now, but to really amp up your odds at snatching one of these prize packs, bookmark this page and come back in a week to check out each site along the blog tour. Follow the schedule below: collect a clue at each stop on the correct day and put them all together to reveal the answer. Plug that into the giveaway below to win TEN BONUS ENTRIES.

Want to see pictures of the prizes? Check them out here.

Where to find Becca